Who Will Become National Chef of the Year 2016?

The UK’s most prestigious annual chef competition, the Craft Guild of Chefs National Chef of the Year 2016, is closing its entries very soon. Submissions have been pouring in from exceptional chefs around the UK who wish to showcase their talents, with the hope of being awarded the esteemed title at The Restaurant Show on 6th October.

Once again Lockhart Catering Equipment is proudly sponsoring the National Chef of the Year award, and there are some fantastic prizes on offer for the deserving winner. Along with the specially designed framed winner’s medal, the chef named National Chef of the Year will receive £1,250 worth of equipment from Lockhart, with the runners up in second and third place receiving £750 and £500 worth of equipment respectively.

The winning chef will also receive a unique culinary trip to Lyon for them and a guest that will include a visit with wine tasting to La Chapelle vineyard on Hermitage Hill; a tour of the Revol factory and showroom; a trip to the three Michelin-starred restaurant Régis and Jacques Marcon in Saint-Bonnet-le-Froid, with eight-course tasting menu dinner with Champagne and a meeting with the owners; and a guided tour around Lyon and lunch in the City Brasserie. This includes flights and accommodation too, making it the most perfect way to begin the year as the UK’s most esteemed chef. 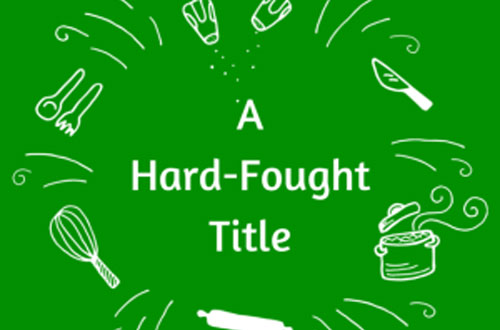 The brief for this year’s National Chef of the Year competition is sure to sort the true professionals from the amateurs, as hopeful champion chefs are asked to create an innovative menu for four people that focuses on technical skills, seasonality and sustainably sourced ingredients. As the winner will join an elite group of chefs who have previously scooped the award, including Gordon Ramsay, Simon Hulstone and Mark Sargent, entrants will need to sharpen their skills as well as their knives to be in with a chance.

All submissions must be received by the closing date of 10th April, and you can download your entry form here. A specially selected panel of judges, chaired by Clare Smyth, chef patron at the three Michelin-starred Restaurant Gordon Ramsay, will then review all of the entries and invite a select number of chefs to the semi-finals in June, with the winner revealed in October. 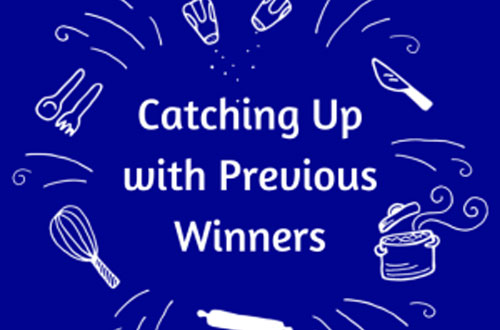 When Indian-born chef Hrishikesh Desai scooped the title of the National Chef of the Year back in 2010, he already had one prestigious culinary award under his belt: the Roux Scholarship 2009. After being gilded with yet another accolade, and becoming only the third chef in the UK to win both of these titles, he moved on from his post as Head Chef at the Brasserie Restaurant at Lucknam Park in Wiltshire to the Head Lecturer of its cookery school, where he no doubt trains future National Chef of the Year entrants to his same high standards and inspires them with his international knowledge of cooking.

Now the Executive Head Chef at Boundary Restaurant in Shoreditch, Frederick Forster was awarded National Chef of the Year in 2011 after showcasing his talents that he had honed in restaurants around the world – including Dubai, Barbados and South Africa. Having shared kitchens with Raymond Blanc, Thomas Keller, and Gordon Ramsay, himself a previous National Chef of the Year winner, it’s no surprise that Frederick would go on to be a star chef himself.

Chef-patron of Alyn Williams at the Westbury, Alyn Williams further strengthened his reputation as a remarkable chef when he became National Chef of the Year 2012. He has remained in the principal role at his esteemed Bond Street restaurant since his win, where he continues to create his signature adventurous dishes with a flourish of Indian flavour that have earned him a well-deserved Michelin star. 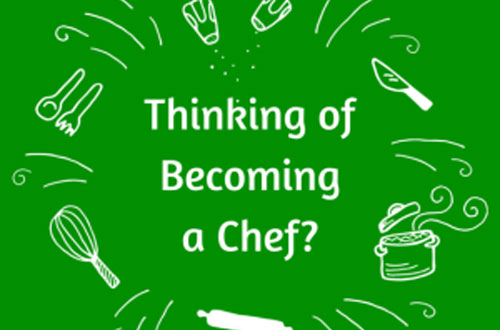 Of course the first step to winning National Chef of the Year is to actually become a chef, a dream career for anyone who adores food the art of cooking. But a chef career demands much more than simply knowing your artichoke from your elbow; it takes skills, creativity, very hard work and may also require some formal qualifications.

If you're wondering how to become a chef, there are many routes that you can take. So whether you’ve just left school or are considering a change of career, we’ll answer some of the most common questions people have about how to earn their whites.

What qualities and skills are required to become a chef?

Aside from having a passion for food and cooking and a confidence in your abilities, being a chef requires a minute attention to detail and tremendous creativity. Chefs worthy of winning the National Chef of the Year accolades demonstrate these qualities at the highest level, so you should expect every aspect of your dishes to be scrutinised – from the subtle flavours of the ingredients, to the details of the presentation.

Practice makes perfect, though, and top chefs will spend years honing their craft. That’s why you also need plenty of patience to become a chef, and a willingness to put in long hours to take your career to the next level.

Being a chef is far from a solitary career too. Working as a chef means working closely with several other people so you must be a team player. And if you have the ambition of running the kitchen as a head chef or even becoming the chef-patron of your own restaurant, you’ll need a good business sense too.

Are any qualifications needed to become a chef?

The restaurant industry is very competitive, so to earn your place in the best kitchens it certainly helps to have formal qualifications under your belt. These aren’t always necessary, but the more qualifications and accreditations you have, the more you’ll stand out from the crowd.

General hospitality and catering qualifications are a good place to begin, as they provide strong foundations upon which to grow your skills. You may also be able to find an apprenticeship which will enable you to learn ‘on the job’.

Once you have basic qualifications, you can begin to gain more specialist qualifications such as in Indian or Thai cuisine, or in patisserie. Then there are private training academies, such as Tante Marie and Ashburton Chefs Academy where you can extend your skills under the tuition of the finest chefs in the business, and also be formally prepared for a career in the industry.

What are the different types of chefs?

You may have heard of different types of chefs and cooks, such as sous chefs, patissiers, or even entremetiers. But what exactly do these chefs do, and how do you become one yourself? Here’s our guide to the specialist chef roles that you may encounter as you make your way in the culinary world.

How much do chefs earn?

While many chefs choose the occupation for the sheer love of food, there’s no denying that it can be incredibly financially rewarding too. In an entry level position such as chef de partie, the annual salary is around £16,000, and sous chefs can expect to make around £22,000 a year.

Moving up the ranks means better wages of course, with executive or head chef salaries currently at anything from £30,000 a year to over £50,000. As you gather experience, develop your skills and build your reputation, the more money you can command from more prestigious restaurants, and of course with a National Chef of the Year award under your belt, the culinary world will be at your feet.