What To Expect: National Chef of the Year 2018

Lockhart Catering proudly sponsor The National Chef of the Year, helping to establish the careers of chef's since 1972...

The Craft Guild of Chefs held the official launch event for this year's competition on Monday 27th February at the Royal Academy Of Arts in Piccadilly, London.

"Focus on 2018" Hearing from the current #NCOTY @jamesdev85 at the sponsors launch event...have you got your entry in for 2018?

In the UK, the Chef community accounts for 45% of skills shortages - with figures rising from 54,000 in 1971 to a staggering 236,000 in 2016. The focus on the Craft Guild of Chefs and the National Chef of the Year competition has never been greater, and the wealth of talent emerging year after year from this event is staggering.
We spoke to previous winner Russell Bateman last year on his thought's on tackling the UK Chef's skills shortage and you can read the full article here 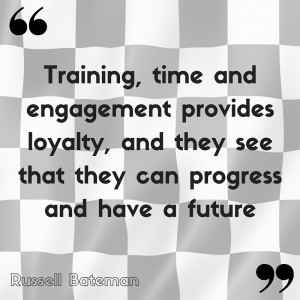 As the UK’s most prestigious and respected culinary contest The National Chef of the Year competition shines a spotlight on the fresh talent coming out of the kitchen. Since it launched in 1972, previous winners like Gordon Ramsay, Alyn Williams and Mark Sargeant have seen how it helps fast-track careers to put winners firmly on the map, and on the path to Michelin stars. But this isn’t about style over substance: only the best, most innovative and creative chefs get a shot at the title – and an award that opens doors to future success.

Winning this competition is all about the chefs’ individual performances on the day in front of a panel of respected judges. It is not based on their personality or past triumphs but on culinary skills and interpretation of the ingredients they demonstrate when the heat is on!

A recap of National Chef of the Year 2017

Did you read our interview with James Devine and Ruth Hansom, #NCOTY and #YNCOTY 2017? Pop over to our blog now: https://t.co/bw3hGmGIOe pic.twitter.com/mZ599jaGVT