Young and National Chef of the Year 2018: The Finalists Revealed!

As one of the most exciting and prestigious chef competitions in the annual calendar, the announcements of the National Chef of the Year finalists are always very eagerly awaited. Only the UK’s most skilful and inspired chefs will make it to the final of this prestigious competition, following a series of extremely tough semi-finals under the watchful eyes of 20 judges - some of whom are former National Chefs of the Year themselves – and in which they must whip up a menu to impress, according to a strict brief.

Taking place at Sheffield College and Le Cordon Bleu cookery school, London in June, 41 ambitious chefs from across the UK competed in the semi-finals of National Chef of the Year 2018, proudly sponsored by Lockhart Catering Equipment. Each entrant had just two hours to create their menu, which was required to comprise of a vegetarian starter, a duck and cherry combination main course, and a classic tart as a dessert.

The semi-finals of the competition is the last opportunity for the chefs to show off their skills and professionalism, as well as their knowledge and creativity in interpreting the brief. As accomplished chefs themselves, the panel of judges, chaired by Gary Jones of Belmond Le Manoir Aux Quat’Saisons, are looking for exceptional qualities among the entrants that will deem them worthy of a place in the live final at The Restaurant Show 2017 at London Olympia on 3rd October. 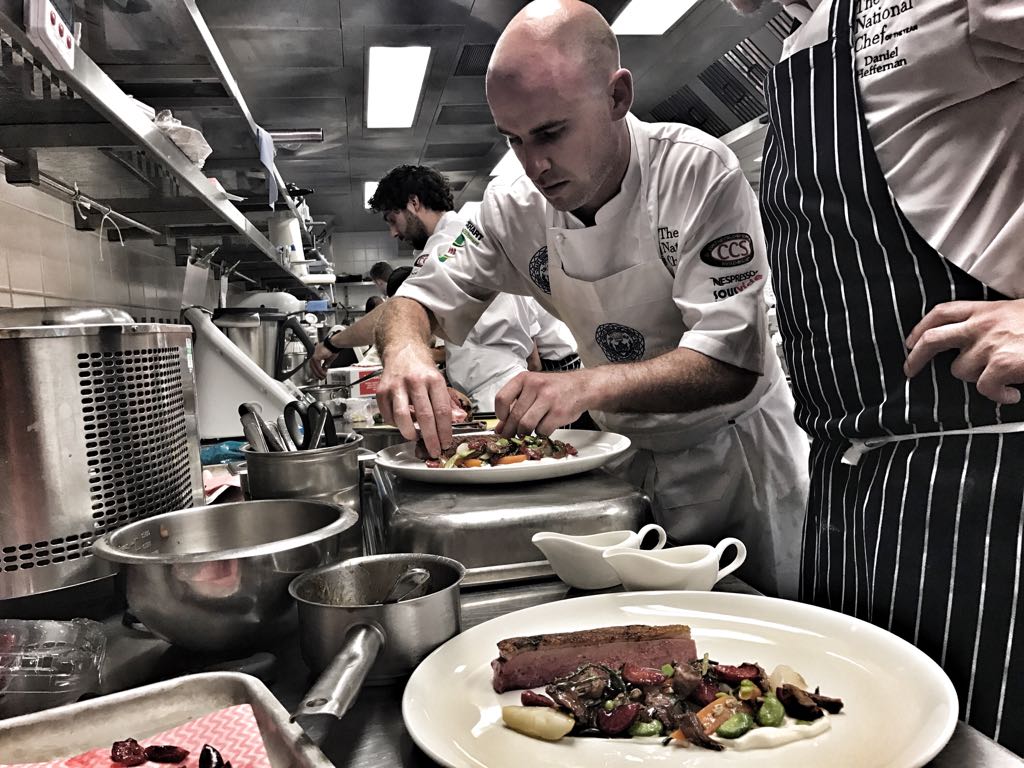 The finalists will be following in the footsteps of National Chef of the Year 2017 James Devine, as well as other former winners that include Gordon Ramsay, Mark Sargeant, and Russell Bateman, who is a current judge in the competition. We caught up with him at the semi-final at Le Cordon Bleu to get his thoughts on what makes the National Chef of the Year competition so special, any stand-out trends that he has noticed among this year’s semi-finalists, and the advice that he has to share with the lucky finalists:

Also on the judging panel was Pastry Chef Consultant Sarah Hartnett, who shared the three most important things that she looked for when judging the National Chef of the Year semi-finalists. She also described why the competition is like no other in the industry, and her tips for success at the live finals for the chefs that make it through:

Judges James Jocky Petrie, Group Executive Development Chef at Gordon Ramsay Group, and Graham Hornigold, Group Executive Pastry Chef at Asian Luxury Hakkasan Group also gave their views on the trends they’ve noticed among the methods that the contestants utilised in the semi-finals. They also shared what they look for as judges in this esteemed competition, from the stories behind the dishes that are created in the semi-finals, to the resourcefulness of contestants:

Who Are the Young and National Chef of the Year 2018 Finalists?

He will be joined by second heat winner, David Davey-Smith from Royal Air Force Worthy Down, and Karl O’Dell, senior sous chef of Petrus – Gordon Ramsay, and winner of the third heat. Rounding up our heat winners is Thomas Westerland, sous chef at Lucknam Park. 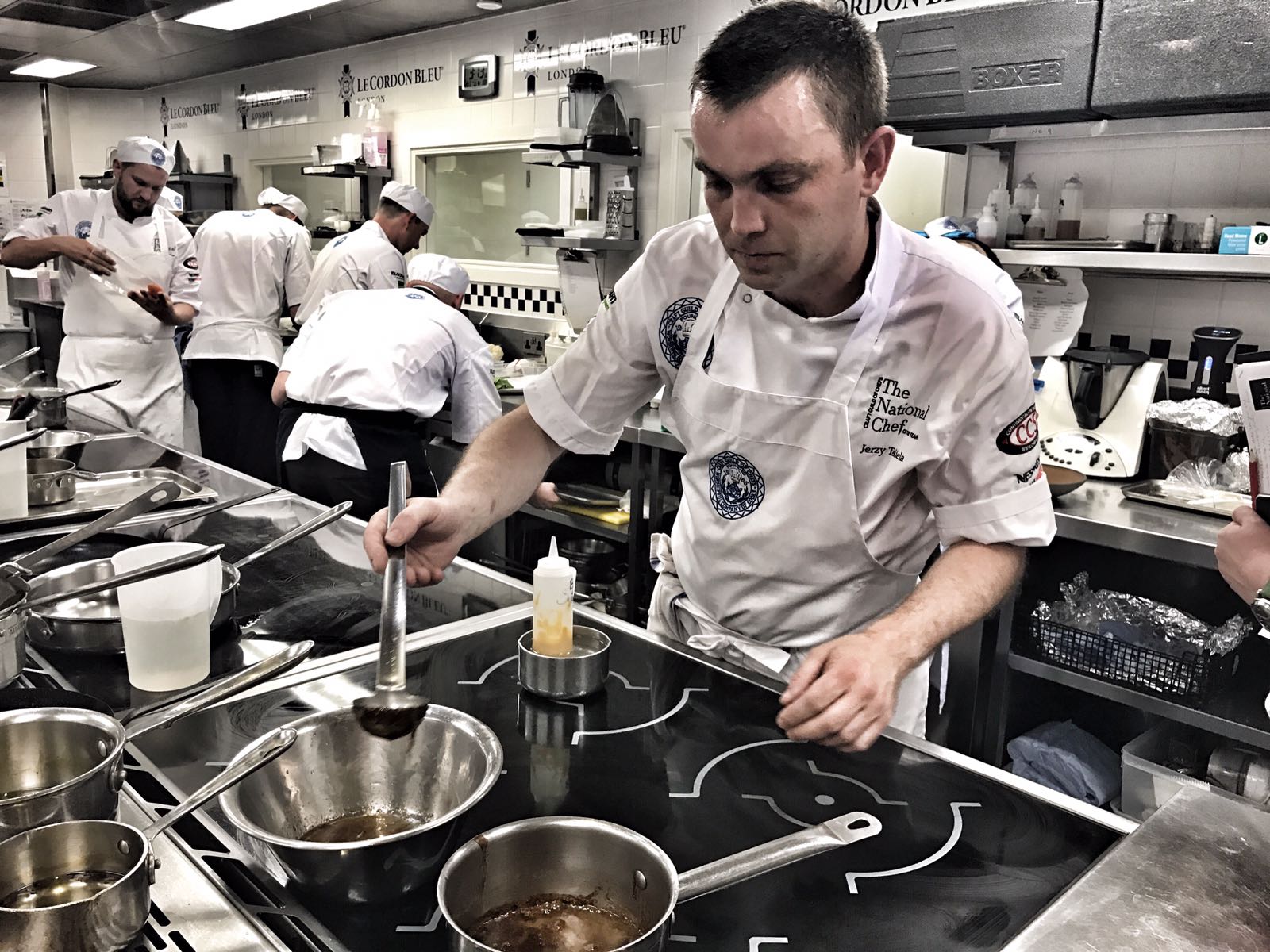 These 10 young chefs include the two heat winners – Danny Young of Northcote, and Henry Wadsworth of Belmond Le Manoir Aux Quat’Saisons, who will be joined by the five highest-scoring young chefs from the heats. These are: Arthur Bridgeman Quin of The Punchbowl Inn; Daniela Tucci of The Art School Restaurant; Thomas Reeves of L’Enclume; Alex Walker from 21 Hospitality Group; and Jacob Gosselin, of Highlands Academy of Culinary Arts. 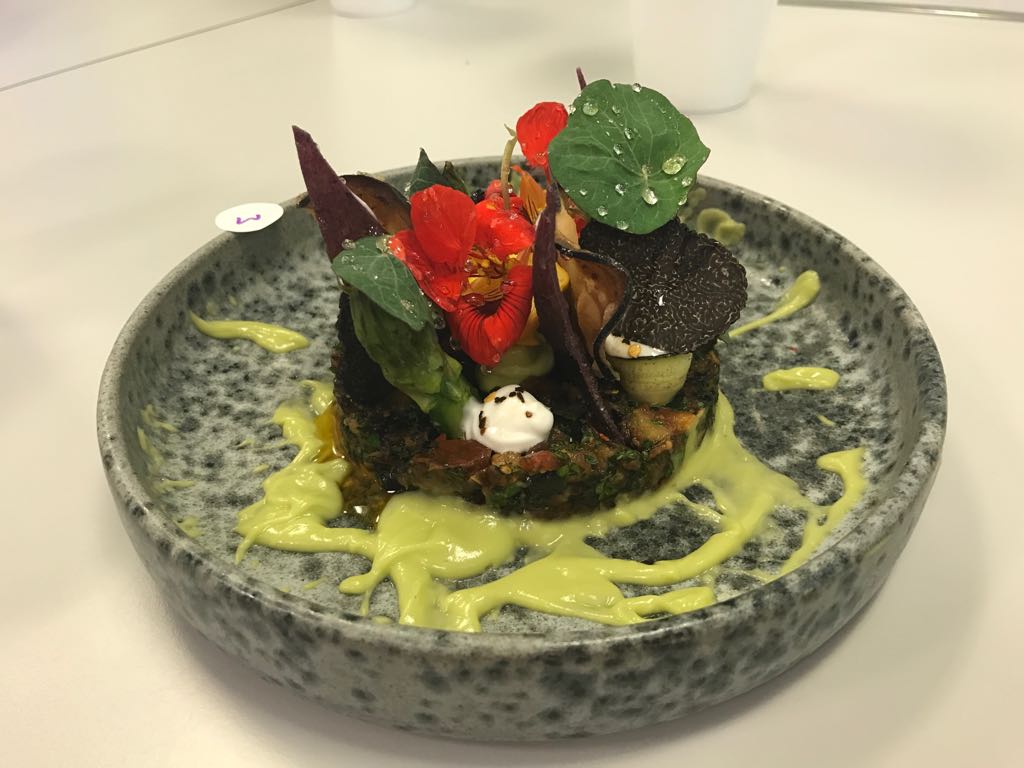 Also among the finalists are Amber Francis, who was named Highest Achiever in the Craft Guild of Chefs’ Graduate Awards and is apprentice chef at The Ritz, and Frances Attwood of Simpsons Restaurant, and winner of the British Culinary Federation Chef of the Year. One more Young National Chef of the Year finalist is yet to be announced – the remaining place will be occupied by the winner of the Academy of Culinary Arts Awards of Excellence, which will be announced in July.