Posted by Lockhart Catering
on 9 October 2018

That pause as you wait for the name of the next National Chef of the Year winner to be revealed is always one of the most exciting moments in our calendar.

Lockhart Catering is a proud partner of this prestigious title and after an eventful afternoon watching ten of the UK's most talented chefs compete, the big reveal was absolutely worth the wait.

Follow the day live from the Catering Equipment Expo 2018 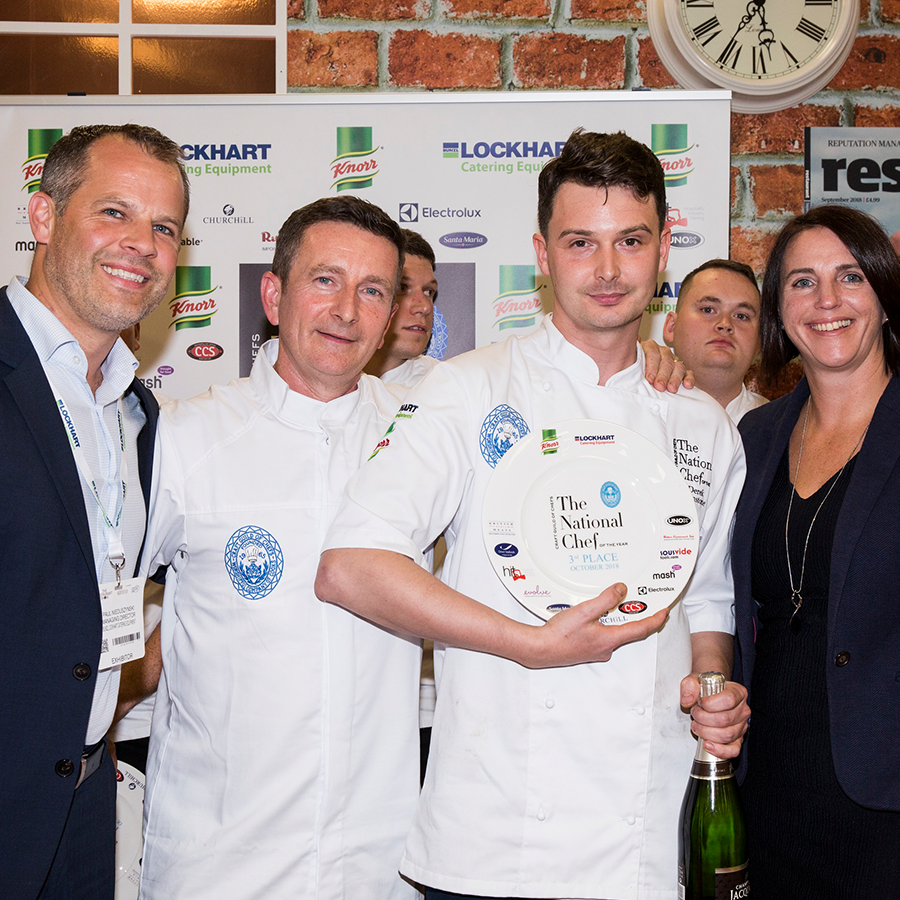 One of the most inspiring elements of this competition is the calmness and determination of all the chefs throughout the two-hour cook-off. They've practised in every spare waking hour over the last few weeks, so are more than ready for the ultimate challenge. However, it's still incredible how they hold their nerve with such a buzz around the show, the live audience cheering them on to the final second and so many incredible judges ready and waiting for the 30 dishes to be served.

Just 20 hours earlier, the culinary world was watching the announcement of the UK Michelin Guide and now at The Restaurant Show many of those chefs were on the judging panel. This is a pressure many of us couldn't handle, but every single finalist rose to the challenge and we felt so proud to sponsor this competition whilst we watched the action unfold. 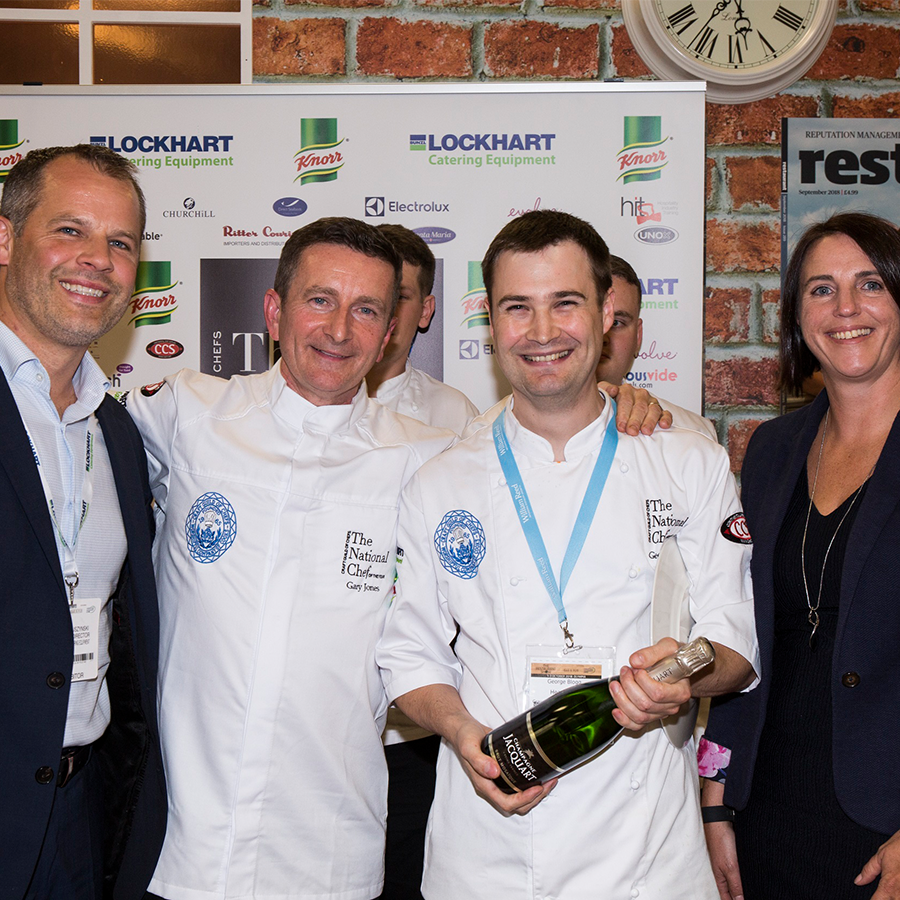 Above: George Blogg gets runner-up

As the hospitality industry waited with baited-breath, either in the live audience, watching the live stream or refreshing their feed for that famous tweet, you could literally cut the atmosphere with a chef's knife. First-up, Derek Johnstone from Borthwick Castle was revealed in third place. Next it was the turn of Gravetye Manor head chef, George Blogg to be revealed as the runner-up. This was George's first ever competition so to come so close to taking the title was an incredible achievement. Finally, Kuba Winkowski, head chef from The Feathered Nest Inn was revealed as the new The National Chef of the Year. Kuba served a menu of Native Lobster, Oyster Emulsion, Celery, Sea Herbs Buttermilk followed by Yorkshire Grouse, Cabbage, Foie Gras, Quince, Celeriac, Seeds and Sticky Toffee, Lemon, Clotted Cream and Walnuts for dessert. 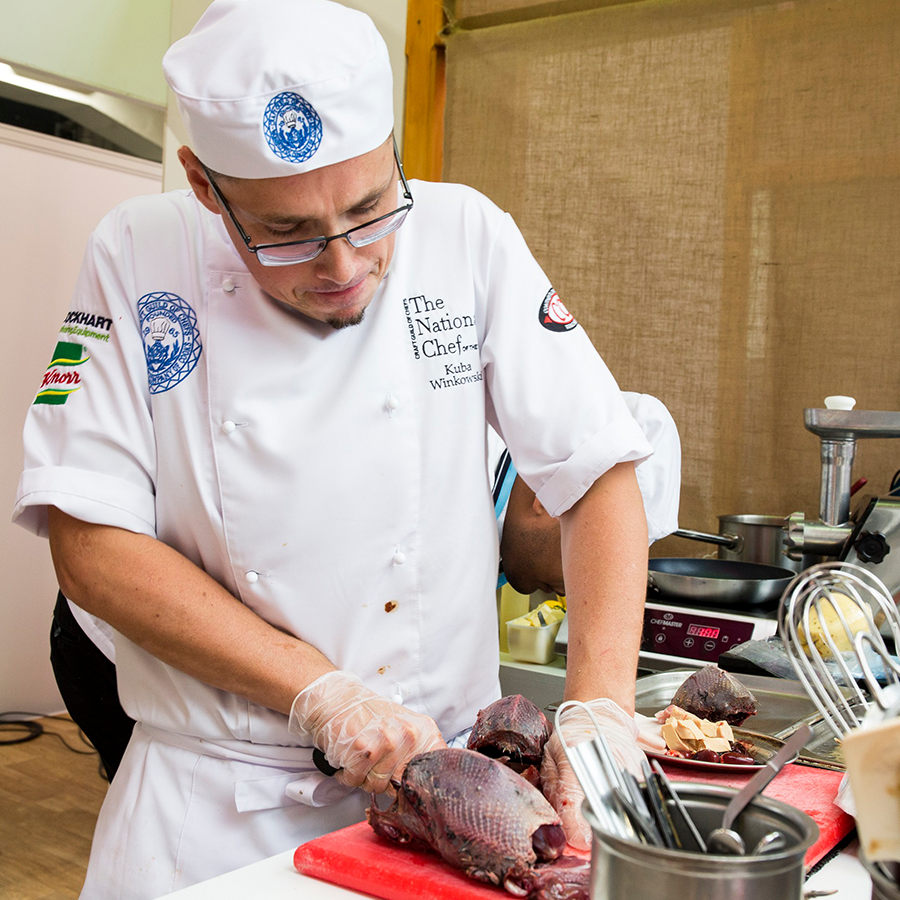 As part of his prize Kuba will receive a £1,250 voucher to use within our range as well as a Norwegian Culinary Prize Trip, which he will take with this year's Young National Chef of the Year champion, Henry Wadsworth. Straight after his name was announced, Kuba Winkowski said: "I am obviously super happy but for me the feeling of relief is immense. Coming back for a second time really helped because this time I knew more about the venue and the whole competition experience. This meant I only needed to think about the cooking. Winning isn't just about me as I have an amazing team around me and it takes dedication from us all, including my commis chef who has worked with me for hours on end over the last few weeks. Everyone who knows me will be sick of lobster and grouse as I've made them taste my dishes over and over again. I am just so relieved the practice has truly paid off." 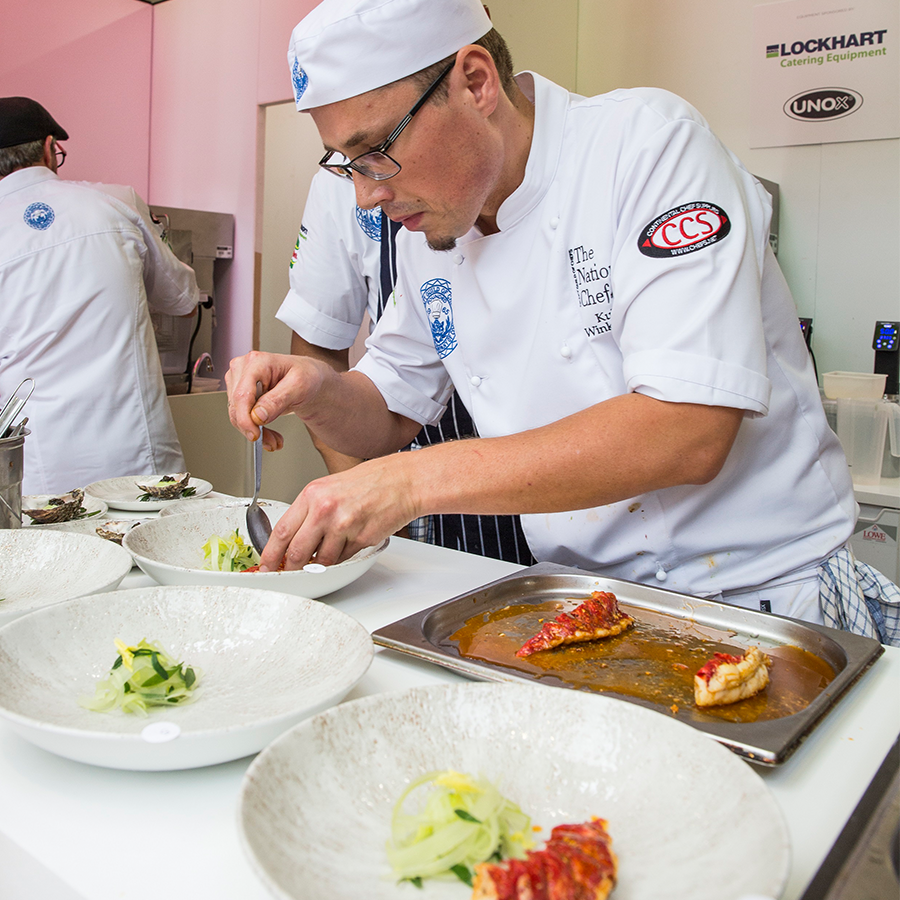 After the big announcement, finalists, judges, organisers and sponsors enjoyed a fabulous evening of food, drinks and music at Adam Handling's The Frog in Covent Garden. As part of the presentation, David Mulcahy talked about the new Matt Campbell Extra Mile Award. This was created in memory of talented chef, Matt Campbell, who tragically died running the London Marathon in April.

When judging The National Chef of the Year entries, it was found that Matt Campbell had not only entered the competition, but his menu had impressed the panel and successfully made it into the top 40. Judging of the dishes is completed anonymously so when compiling the names of the semi-finalists the organisers were sad to discover that Matt was unable to take his semi-final spot. The Kendal chef was running the London Marathon for The Brathay Trust in honour of his father, Martin. In the days following the run, thousands of people pledged to complete '3.7 extra miles' in memory of the MasterChef: The Professionals star.

The Craft Guild of Chefs welcomed Matt's brother to the event where he revealed that George Blogg was the first ever winner of this award. George stood out to chair of judges, Gary Jones, for the work he does to motivate his team, admitting he only entered NCOTY as he wanted to have the expertise to offer advice to young chefs on how to improve their skills in a competition environment. David Mulcahy announced this award will now become an annual event, a fitting tribute for Matt following all the work he did in our industry. 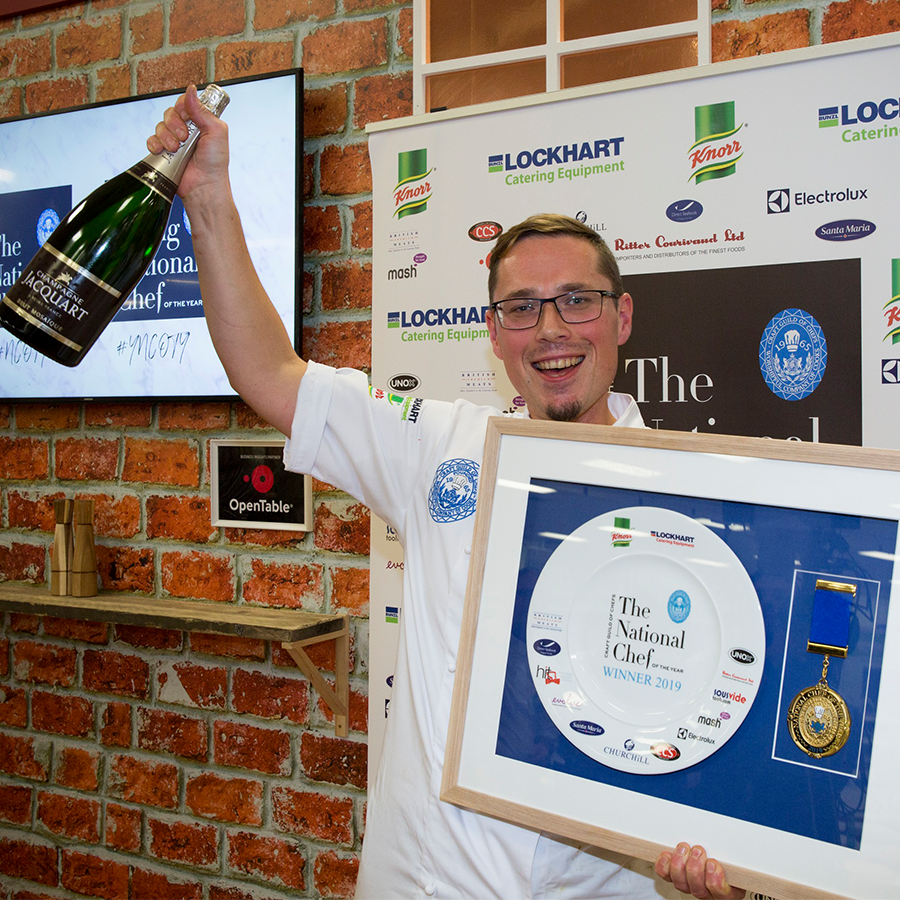 Above: 2019's champion celebrating his victory

What's next for the chefs?

Whilst The National Chef of the Year may be over for another year, this is only the start for Kuba Winkowski, who within that winning moment was pushed into the media limelight as 'one-to-watch.' For the other nine finalists, we hope to see them come back next year as very few chefs take the title on the first attempt. Watch this space over the next few months as we will be sharing more National Chef of the Year news, especially as we enjoy our winners' trip. It's going to be a culinary adventure of a lifetime.

Live from the finals

Join the conversation by following our social accounts or leave us a comment below.