Who will be the next National Chef of the Year?

We're one step closer to finding out

Last week we were proud to welcome an impressive line-up of judges to our Innovation Centre in London for the National Chef of the Year judging day. The aim of the day was to discover which 40 chefs will be going through to the semi-finals of the UK’s most prestigious culinary contest. It’s a competition we’ve been proud to support for several years and this year’s event is no exception.

At the beginning of April online entries to the competition were closed after an intensive two months of planning. It was then put into the hands of the judges to discover which chefs would be bringing their menus to life at the first cook-off. All the judges had seen the entries ahead of the judging day and anonymously scored each dish carefully considering the brief, as well as seasonality, sustainability, innovation and creativity.

What was the brief?

This year the brief was to create a menu for two guests. It had to consist of a seasonal plant based vegetarian starter of the competitor’s choice incorporating suitable grains or pulses; a lamb main course to include two cuts and two cooking methods suitable for the summer season; and a modern approach to a classic ‘floating island’ dessert dish, to include a seasonal fruit element of the competitor’s choice.

On Friday, 18th May, at 12.30pm we sat glued to the Craft Guild of Chefs’ Twitter feed, waiting for the big announcement. Within minutes of the list going live, the social media network was awash with messages from excited chefs who discovered they had made it, as well as congratulatory tweets from the wider industry who were just as keen to find out who had been successful.

With the initial excitement over, it’s now heads down for the talented chefs who only have a matter of weeks before they must serve-up their dishes to earn their spot in the final. The current list of 40 will be reduced to just ten with only heat winners being guaranteed a final place and the remaining spots being filled by the chefs who had the highest marks.

So Who Is In The Running?

The first heat will take place at Sheffield College on Tuesday, 12th June 2018. 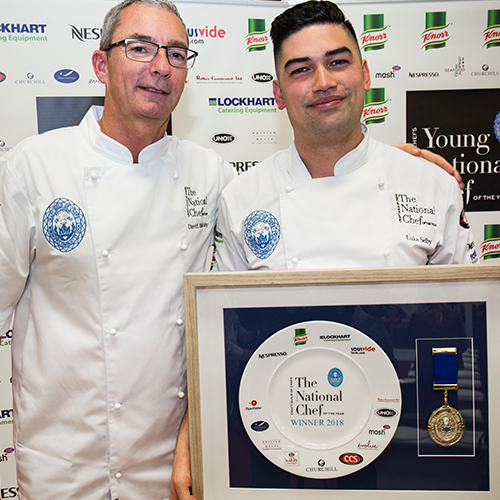 The next three heats will then be completed at Le Cordon Bleu in London on Tuesday, 19th June 2018 and these will include: 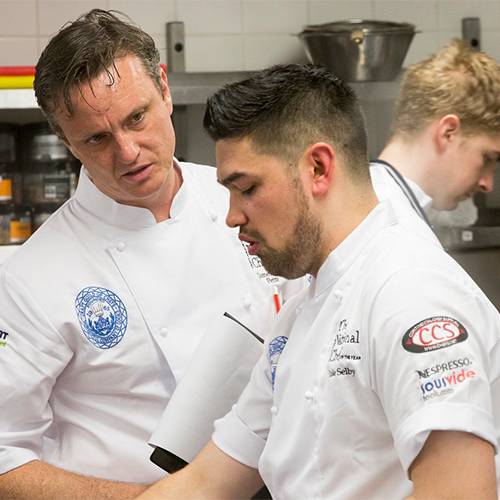 In The Thick Of It: 2018 Champion Luke Selby During The Final 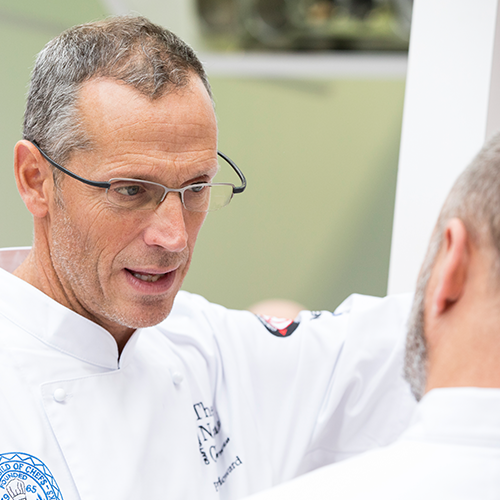 As overall winner in 2015, judge Russell Bateman knows exactly what it feels like to be at this stage of the competition. He told us: "The reason National Chef of the Year is such a good competition is because you only get the strongest chefs entering it and they are from a vast field. There is a broad spectrum of sectors as well as skills, knowledge and trends. You will get some real elements of classical cooking which are really well represented but you will also get cutting-edge cooking thrown into the mix as well."

Watch the full interview with National Chef of the Year winner and now judge, Russell Bateman on i360TV below:

The team at Lockhart will be heading to the semi-finals in Sheffield and London to discover who those ten finalists are going to be. It’s always an intense but incredibly exciting part of the competition. You can see all our competition updates by following @BunzlLockhart on Twitter and Instagram and on Facebook. Come and join in the conversation and share your messages of support using #NCOTY.