On 6th October 2015, before hundreds of people on The Stage at The Restaurant Show at London Olympia, the new National Chef of the Year and Young National Chef of the Year were announced – and it’s with delight that we can introduce to you the respective winners of these acclaimed titles, Larry Jayasekara, Sous Chef at Gordon Ramsay Holdings, and Danny Hoang of Colette’s at The Grove. 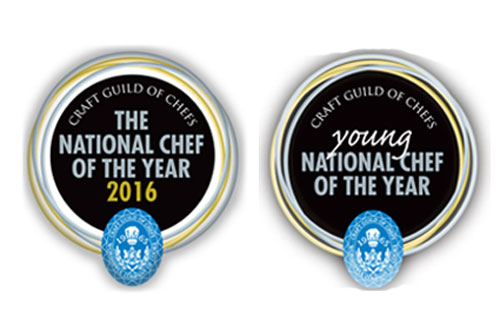 The two chefs battled it out against several other competitors in the tense live final at The Restaurant Show 2015 which took place earlier that day, and dazzled an expert panel of judges that included top chefs Mark Sargeant and Alyn Williams, and was chaired by Clare Smyth, chef-patron of Restaurant Gordon Ramsay.

With so much talent and finesse on display from all the competitors in both competitions, which are sponsored by Lockhart Catering, it was extremely tough for the judges to make their decision, but there’s no doubt that the winners were the deserving victors. Here’s what you need to know about Larry and Danny, our new National and Young National Chefs of the Year for 2016. 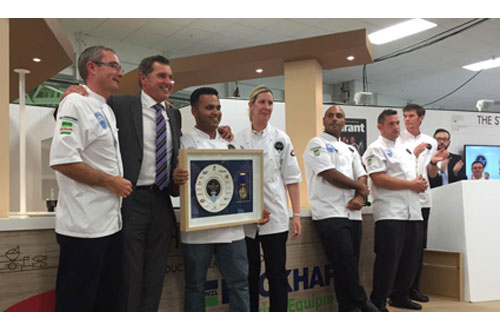 Having competed in no less than three National Chef of the Year competitions, it was high time that Larry Jayasekara finally took the accolade home for himself. At The Restaurant Show Larry wowed the judges by exhibiting his painstakingly precise cookery skills across three delectable courses, whilst remaining admirably calm and organised; the true makings of a National Chef of the Year!

Originally from Sri Lanka, Larry was employed at Gordon Ramsay Holdings right out of college and had always been captivated by the National Chef of the Year competition, but never felt that he was up to the standard. It was only three years ago that he entered for the first time, heading straight to the final, and after competing again in last year’s competition he clearly gathered the experience and constructive feedback that he needed to claim the title.

Speaking to The Caterer, a thrilled Larry said; “Without all the talented people at Gordon Ramsay Holdings and the support of my family, I couldn’t have done it. They helped me to push boundaries and focus on the flavours.

“Cooking for [the chef panel] was an honour. It’s not about winning; getting their feedback was incredible and will make me a better cook in the future.” 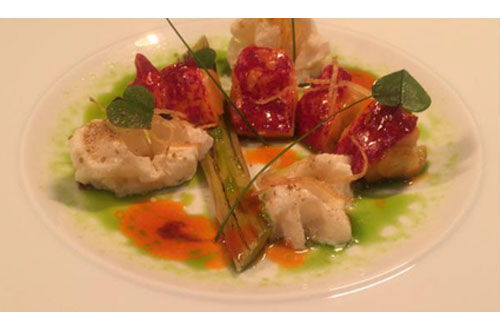 Larry’s award-winning menu, which had to be created according to a strict brief, comprised of a starter of lobster with red pepper and cardamom, leek, fresh yogurt and lemongrass, followed by a main course of roast loin of venison with celeriac and nutmeg puree with a lardo and blackcurrant ravioli parcel. This was followed by an incredible dessert of chocolate cremaux with roasted pear and coffee.

In addition to receiving the prestigious title of National Chef of the Year 2016 and the beautiful winner’s medal, Larry’s many prizes included a money-can’t-buy gastronomic study trip to one of the world’s top restaurants, courtesy of Lockhart Catering, as well as a £1,250 voucher to spend within our range. He was also presented with a £1,500 activity voucher from KNORR and an exclusively designed winner’s plate from Churchill.

Larry joins a fantastic roster of National Chef of the Year winners, which includes Gordon Ramsay himself – we can’t wait to see what his year in the spotlight brings him! 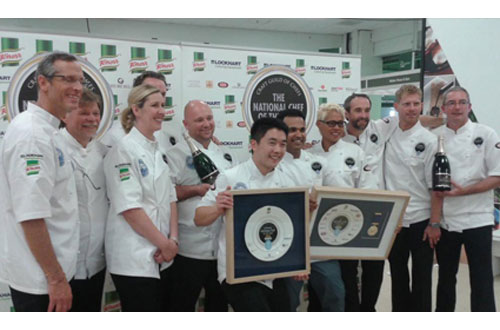 Working alongside Russell Bateman, National Chef of the Year 2015, at Colette’s at The Grove clearly gave Danny Hoang the inspiration, mentorship and knowledge that needed to become a champion chef himself – but the skills and culinary maturity that he demonstrated during the final of the Young National Chef of the Year competition, and which ultimately won him the title, were very much his own.

Having already claimed the Royal Academy of Culinary Arts Award of Excellence this year, Danny had the confidence that he needed to take on his next challenge as he stunned the panel of judges with his menu: a starter of quail leg and breast with watercress and parsley sauce, hay-baked baby beetroots and nasturtium; a main course of seared hake, baby leeks, vinaigrette of sea vegetables, mussels and celeriac, beet butter scraps and mussel cream sauce; and rounded off with a lightly spiced bread and butter pudding with vanilla ice cream and malt custard, pickled blackberries and Braeburn apples.

Speaking to The Caterer, Danny said: “It helps that Russell [Bateman] is my head chef. He won National Chef of the Year last year, and he knows what it’s like to compete. He pushed me in the right places but didn’t hawk over me so I had the space to really assess myself.”

However Danny worked long and hard in his own right to reach the standard that impressed our judges. “I’ve put a lot of work into it. If I had to sum up how I feel, it’s definitely been worth all the sacrifice that goes into not only holding down a job but also the additional effort to compete. It really pushes you to the limit. I can’t believe I’ve achieved it!”

Like the winner of the National Chef of the Year competition, Danny was awarded a raft of fantastic prizes. In addition to joining Larry on the gastronomic trip with Lockhart Catering Danny has received a £1,250 voucher from us, plus vouchers from KNORR, Churchill, and the exclusive winner’s plate.

And of course, a massive well done to our winners Larry and Danny – watch this space to find out how they enjoyed their prize gastronomic trips!