"This competition is a celebration of food, as I think Paul Bocuse wanted it to be" Tom Phillips.

We spoke to UK Team President Simon Rogan, who has recently been awarded & retained Michelin stars for his restaurants L'Enclume, Roganic & Rogan & Co. Read his thoughts on his first year as President at this year's competition. Stay tuned, as we'll be sharing more content live from the finals in January 2019. 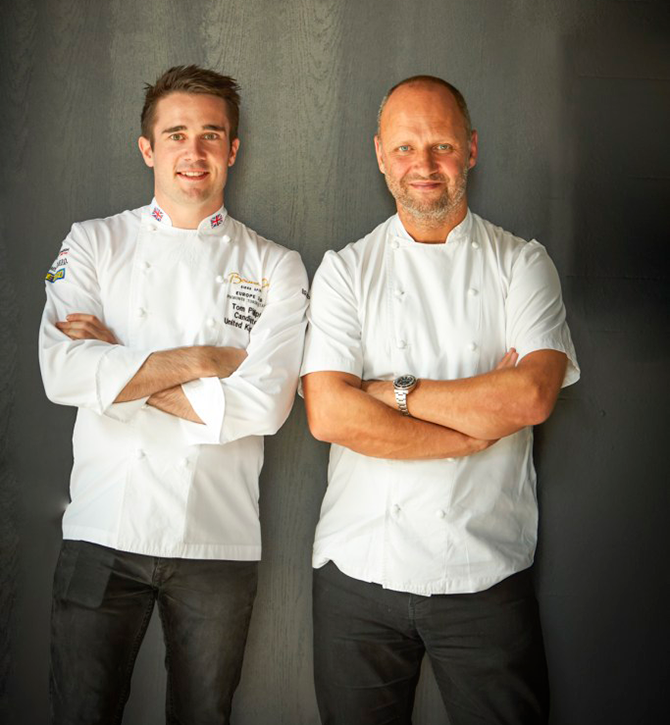 How does the Bocuse d'Or compare to other cooking competitions?

Well, I'm set to truly discover that with my experiences of my first competition as President but from the memories I have from the one time I visited Lyon for the competition, I am pretty sure I will draw the conclusion there is nothing quite like it anywhere.

Does the Bocuse d'Or have an impact, in your opinion, on global cuisines or techniques?

Yes, I think it's definitely having an impact, evident in the fact that many great chefs around the world are now getting involved wanting to show their talents so there is plenty of innovation on view to influence around the world.

What would you consider the key to preparing for a competition such as this?

Obviously, extensive practice is essential, perfecting techniques and dishes until it is second nature. Having an experienced support team is also essential to offer support in all areas so that the cooking team can concentrate on getting on with their job effectively. Having sufficient budgets and facilities is also a massive part of it, the guys have to have the tools to do the job and meticulous preparations need to be made to give them a fighting chance. This is the greatest cookery competition in the world so the competition is obviously very fierce.

How does it feel to succeed Brian Turner as UK team president?

It is a massive challenge to succeed Brian who did so much over the years to raise the profile of the UK within the competition. He's a legend within the industry and if I can achieve half as much as Bocuse d'Or UK president as he did, I'll think I will have done a good job.

What a fantastic year! @roganic @lenclume @rogan_and_Co. Thank you to all of my fantastic team. Link to read more in bio. Thank you @michelinguide ****

Highlight other than becoming president of Bocuse d'Or UK of course would be obviously having Roganic and Rogan&Co achieving their first Michelin stars in the 2019 Michelin guide along with L'Enclume retaining its two stars.

Find out more about Simon's restaurants using the links below:

And finally, what's your culinary trend to watch out for in 2019?

Very difficult to predict anything with the spectre of Brexit looming but once it has happened, hopefully we'll see the take-out versus go-out trend start to reverse by people realising that restaurant dining is an experience that truly nurtures the soul and offers all the things that you just can't experience at home.

In the lead up to Lyon, you can immerse yourself in the sounds of the competition, as Tom & Nathan do during their preparation by watching a summary of the 2017 finals in Lyon here: