In October of last year, Russell Bateman, Head Chef of Colette’s at The Grove, was awarded the title of National Chef of the Year 2015 – and since then he’s had a year he will never forget.

In addition to his prestigious title, Russell received several fantastic prizes including premium kitchen equipment, and study trips to Dubai, and most recently Lyon courtesy of Lockhart Catering Equipment, who are the main sponsor of the National Chef of the Year competition. 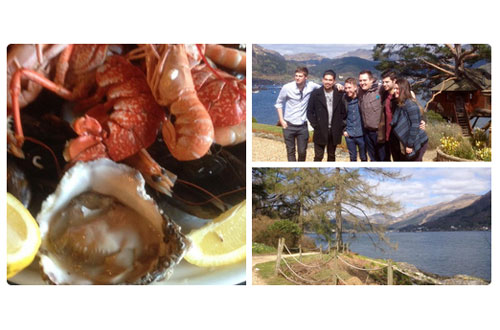 The three-day tour gave Russell and the Young National Chef of the Year 2015 winner, Lucas Selby, the opportunity to visit some of the most esteemed locations for food and drink in Lyon; including La Chapelle vineyard on the famous hill of Hermitage, a tour of the Revol porcelain factory, where they also prepared lunch for the staff, and dinner at the world-famous, three Michelin-starred Regis et Jacque Marcon restaurant, which also included an exclusive behind-the-scenes tour of the kitchen. 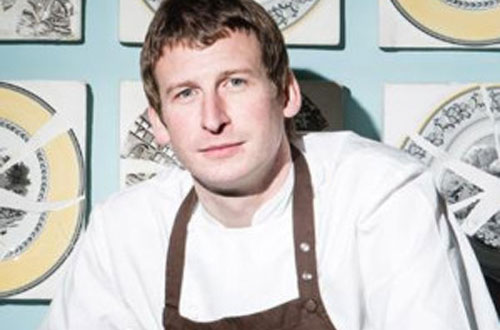 What were the highlights of your trip to Lyon?

The meal at Regis et Jacque Marcon was just a phenomenal experience. Eating in a restaurant with a real identity and connection with the environment, and seeing how the food reflected the environment and the changing seasons, was amazing.

It was wonderful to visit the Hermitage and go into the vineyard too. Not just for the views, but also because while we were up there we saw all kinds of wild herbs that we use in our cooking; picking and tasting them fresh we discovered that they taste so different than back home in England. These are the things that really excite a chef!

But above all the company was fantastic. It was great to meet and travel with like-minded people and share the experience, which made it even better. 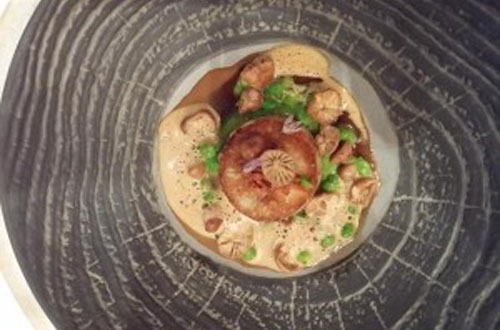 What new knowledge or experience did you bring home from Lyon to enhance your journey as a chef?

Every time I eat in a restaurant or speak to people in the industry it always makes me think more about who I am or where I’m going, and why I want to go in that direction.

When you eat in a restaurant that’s completely indicative of its region, like Regis et Jacque Marcon, you have a dawning realisation that Tweet: all the best restaurants in the world are symbolic of their environment, whether that’s a wider region or specific city. To be among those top restaurants you have to find your story, and what connects you and your restaurant to the region, your customer, the environment, and the produce.

How would you describe the experience of winning National Chef of the Year 2015?

Priceless! When you enter a competition like this, of course you want to win it, but you’d be a fool to think that you will as the chefs that enter are of such a high calibre. You have to be confident of course, but you can’t be arrogant, and when you do well in the semi-finals it encourages you to push yourself in the final to do even better.

What made it a priceless experience for me was the confirmation that I do know that I am a good chef, that I know what I’m doing and that I have a good ability. Tweet: You’re being judged by, quite simply, the best chefs in Britain, and these guys don’t make mistakes - because every time they make a decision that’s their reputation at stake. And when they named me the winner of National Chef of the Year 2015, they put their reputation behind me too, and that means an awful lot. 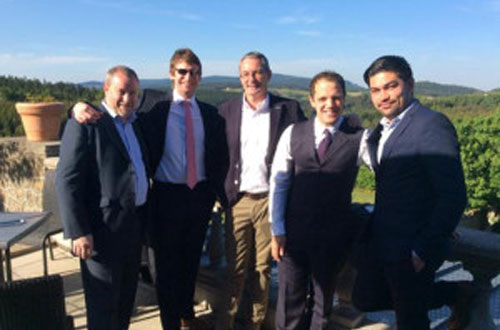 How has winning National Chef of the Year helped your career?

A lot more people are interested in you as a chef, and so many opportunities arise. You can’t possibly take them all, but it opens so many doors and you get to meet people that you’d never normally get to meet on a daily basis.

It hasn’t made me push myself harder as a chef, but instead made me re-focus and reassess what I am and what I do. My success in the competition was due to cooking in a certain way, so I know that I shouldn’t deviate from that in the future.

Do you have any advice for the National Chef of the Year 2016 hopefuls?

Stay calm, and work clean and tidy. Don’t make your food elaborate; make it delicious and cook everything perfectly, whilst concentrating on flavour.

Most importantly, Tweet: cook things you understand - don’t use this as an opportunity to experiment because that’s when you’re going to fall on your face.

What are your plans for the rest of your year?

I’m planning to carry on cooking as I normally do, with a focus on flavour. I have a small pop-up planned in Central London in a high-profile location which I cannot reveal just yet, but I’m looking forward to just getting out there and cooking as much as I can in as many different places as I can, to share with people what it is that I do, who I am and what I love to cook.